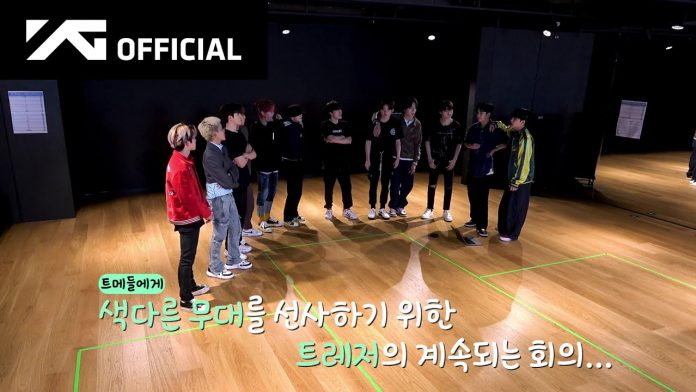 Group Treasure announced a special stage at their first solo concert that was approaching in three days.

This song, with its refreshing synth sound and upbeat melody, was very popular along with the title song ‘Boy’ at the time, but there was no performance stage. Treasure did not stop there. They offered, “How about doing a cover stage that can only be shown at a concert?” and heated up once again.

This cover stage of Treasure is still shrouded in veil. At the end of the video, YG said, “Please look forward to the special cover stage that Treasure prepared hard.

Meanwhile, the first day (9th) of Treasure’s first solo concert ‘Trace’ will be held offline only, and the second day (10th) will be held simultaneously online and offline.

The performance of ‘DARARI’, which has recently been gaining popularity in reverse running, is scheduled to be unveiled for the first time, and fans are continuing to imagine what Treasure’s special cover stage will be.