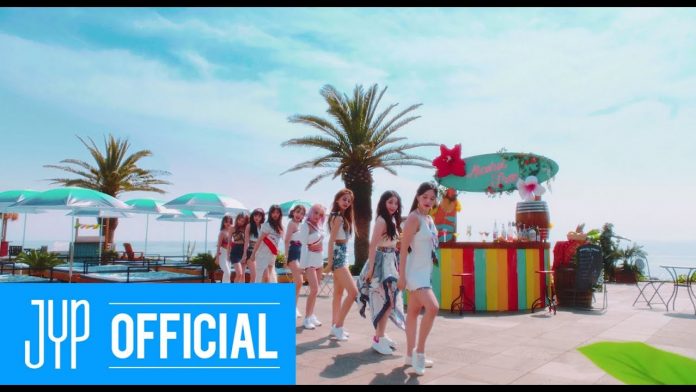 The music video for group TWICE’s ‘Alcohol-Free’ has surpassed 200 million views on YouTube.

With this, TWICE achieved ’15 consecutive 200 million views’ based on active songs from their debut song ‘Like OOH-AHH’ to ‘Alcohol-Free’.

TWICE, which set a record of ‘seventh 400 million views’ by surpassing 400 million YouTube views on the MV for ‘Heart Shaker’ on the 10th, reached a double climax by adding another record.

The title song of the 10th mini album, ‘Alcohol-Free’, was written, composed, and arranged by JYP Entertainment’s representative producer Park Jin-young, and composer Lee Hae-sol participated in the arrangement to enhance the perfection.

TWICE, the ‘K-pop representative girl group’, is continuing its world-wide record march. The first English single ‘The Feels’, which responds to the passionate love of fans around the world, has been on the Billboard chart for 10 weeks in a row, and on December 6, a popular American music magazine, Rolling Stone selected it as ’50 Best Songs of 2021′.

December 17, 2021
Share
Facebook
Twitter
Pinterest
WhatsApp
LINE
Previous articleTWICE cancels the concert on the 24th… 25th and 26th will be held as scheduled
Next articleBamBam collaborates with Red Velvet’s Seulgi… ‘Who Are You’ teaser released