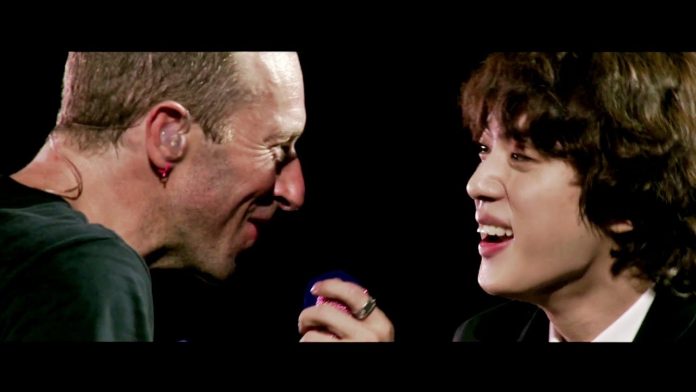 No. 1 on iTunes Top Songs Chart in 97 countries.

Jin, a member of the group BTS, showed off his new song ‘The Astronaut’ for the first time on the stage of the band Coldplay’s world tour ‘Music of the Spears’ held at River Plate Stadium in Buenos Aires, Argentina on the 29th (Korean time).

On the 29th (Korean time), Jin made a surprise appearance at the concert of the popular band Coldplay held in Buenos Aires, Argentina, and performed a solo stage.

On this day, Jin appeared on the other side of the main stage after being introduced by Coldplay vocalist Chris Martin.

He grabbed a pink mic, a custom mic for each BTS member, sang “The Astronaut,” and ran to the main stage, hugging Chris Martin and attracting attention. It also means thanking Chris Martin for participating in composing, writing lyrics, and performing himself.

Jin previously released a single and introduced, “I made it with a lot of gratitude and love for the ARMY (fandom) who made me shine.”