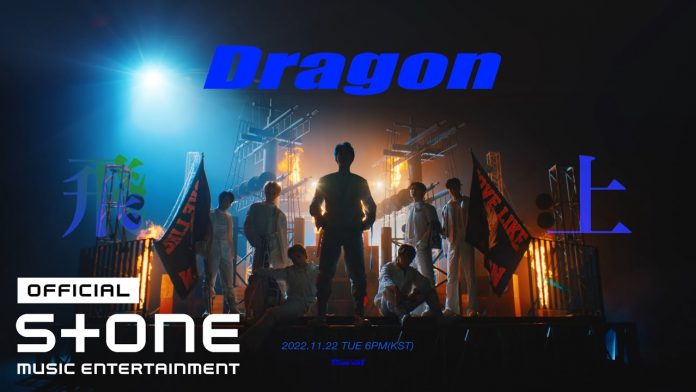 TEMPEST (Hanbin, Hyungseop, Hyuk, Eunchan, Lew, Hwarang, Taerae) released the the music video teaser of the title song ‘Dragon’ of the third mini-album ‘ON and ON’ through official social media on the afternoon of the 15th.

In the video that starts with an intense sound, TEMPEST drew attention by appearing wearing a matching black mask and costume.

Previously, through the lyric poster, the lyrics “Don’t stop, we move fast / Protect my beliefs that were exchanged for fear / Shout louder” were released, raising expectations for euphemism.