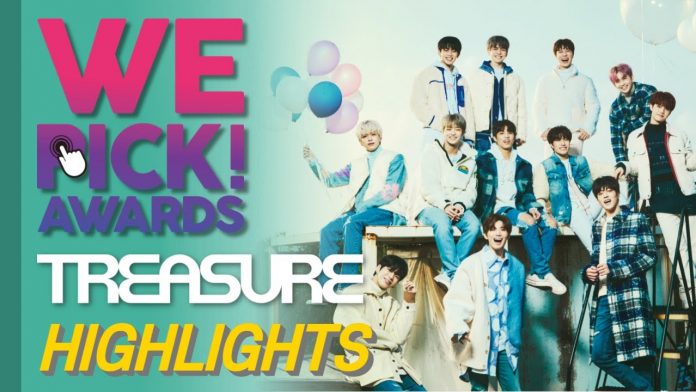 ‘We Pick Awards’ is a unique type of awards ceremony that ranks the charts only with the songs of the artists who appeared and announces the winning songs, unlike the existing music awards that competed with other artists.

They will announce the top 5 artist picks selected by the artist as the songs that the artists have a special attachment to, the top 5 fan picks selected as a result of the fan voting that was conducted by releasing the Instagram release content in advance, and the top 5 Gaon chart picks counted based on the objective data of the Gaon Chart on the show.

In particular, the Fan Pick TOP5 was calculated by adding up the number of likes and comments on the releases uploaded to Instagram, the number of releases created by fans with the song during the voting period, and online voting results on the Gaon Chart official website.

Choi Kwang-ho, general manager of Gaon Chart, who planned the Wepick Awards, said, “We prepared this content with Instagram to create an awards ceremony where singers and fans can communicate and truly enjoy by creating charts by artists only for the artists who appeared. At this awards ceremony, we hope that we will be able to get closer to the singer we love by checking which songs were popular among the fandom and which songs the artist loved.”