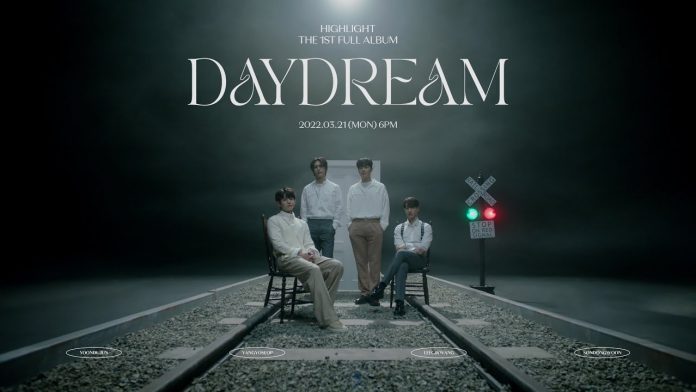 Highlight posted the tracklist image of the first full-length album ‘Daydream’, which will be released on the 21st, through the official social media at 00:00 on the 17th (KST), and revealed the name of the songs for the first time.

The title song ‘Daydream’ is expected to create synergy by working with KZ Producer, who has demonstrated proven collaboration with Highlight’s previous song ‘Wave’ and Yang Yoseob’s title song ‘Brain’.

(You can find Highlight’s new album ‘Daydream’ tracklist from the source link below.)