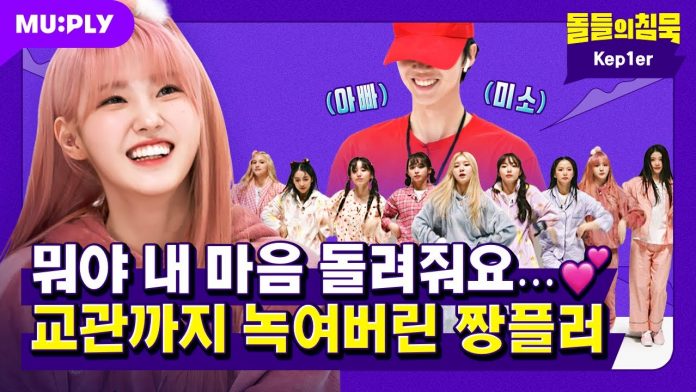 At 9 pm on the 4th, through Muply’s YouTube channel,  Kepler is on ‘Silence of Idol’.

Kim Chae-hyun introduced member Xiao-ting and said ‘Visual King’, and drew attention by selecting ‘touching the opposite ear’ as a personal skill.

Kim Da-yeon introduced Kang Ye-seo as “the cutie maknae” and said that she is good at acting as a cutie.

After the members were introduced, Kepler members took on the challenge of ‘Silence of Idol’ in silence.