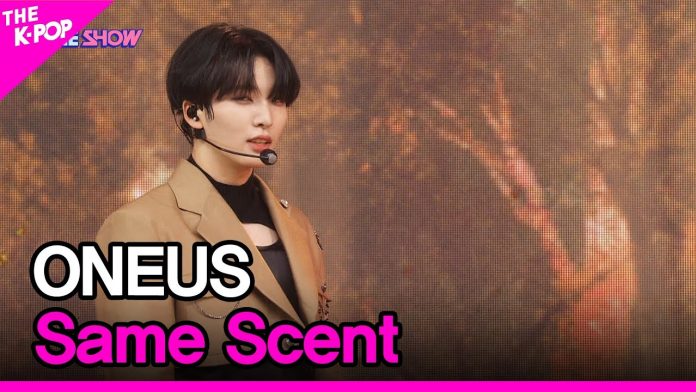 On SBS ‘The Show’, ONEUS said “Thank you very much for the big award.”

The group ONEUS took the 1st place trophy on a music show at the same time as they returned.

ONEUS, who appeared on SBS M and SBSFil’s music show ‘The Show’ on the 13th, took first place at the same time as their comeback with the title song ‘Same Scent’ of their 8th mini album ‘MALUS’.

Keonhee, a member of ONEUS, who won the 1st place trophy on a music show at the same time as the comeback, said, “First of all, thank you so much for two moons (fandom name), It’s unexpected.  I’m nervous and I don’t know what to say.”

Hwanwoong continued, “First of all, it’s an album that we prepared really hard for, so thank you for giving us such a big award. Thank you so much for creating precious and happy moments.”

On the other hand, ONEUS is receiving a hot response from fans by demonstrating the aspect of a ‘stage genius’ who believes and sees by showing performances that make use of the vague and sexy charm of music as it is through music broadcasts and colorful contents.