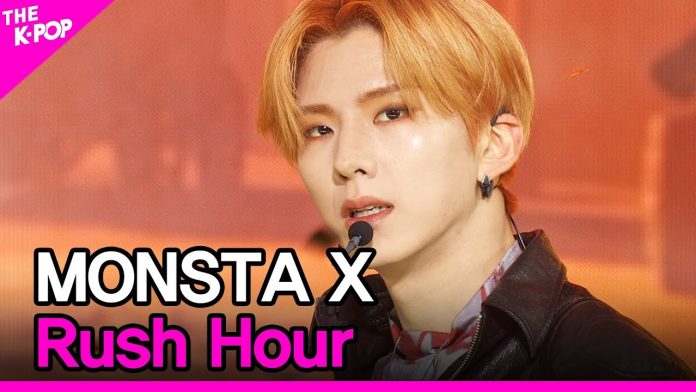 On SBS MTV’s ‘The Show’, which aired on the afternoon of the 23rd, Monsta X, who took first place in the fourth week of November, was depicted.

Monsta X said, “Our dear Monbebe, we want to always tell you that we love you.” They boasted of his extraordinary fan love.

Billie released his first mini album ‘the Billage of perception: chapter one’ on the 10th. In addition, ‘RING X RING’ is a song that will be the beginning of Billie’s view of the world. ‘The Show’ Billie sang the title song ‘RING X RING’ along with the b-side song ‘flipp!ng a coin’. Billie proved the modifier of being a ‘complete girl group’ with her unshakable live skills despite intense choreography, synchronized dance moves that seemed to have become one and splendid stage manners.

Younha, who returned with the sixth full-length album ‘End Theory’, made a comeback on ‘The Show’. Younha sang the b-side songs ‘Wish’ and ‘How U doing’ through ‘The Show’.

Perfectly positioned as a ‘stage genius’, ONEUS showed a more oriental color with ‘Intro: Window (feat. Yerim Choi)’ and then the title song ‘LUNA’. It gave a sad yet glamorous feeling.

Weki Meki’s 5th mini album ‘I AM ME.’ The b-side song ‘Who am I’ and the title song ‘Siesta’ were selected. In particular, the K-pop representative choreography team Lachika participated in Weki Meki’s ‘Siesta’ performance and drew attention.

Equipped with a more powerful performance and intense charisma, Monsta X released a new mini album ‘No Limit’ on the 19th. ‘No Limit’ is a new album that contains the identity of MONSTA X that shines brighter in the age of infinite competition with unlimited possibilities in any situation.