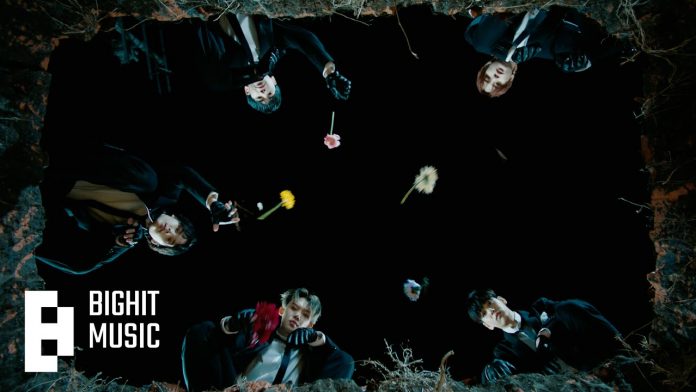 The group Tomorrow by Together (Soobin, Yeonjun, Beomgyu, Taehyun, HueningKai) has released a teaser video for the music video for the title song ‘Good Boy, Gone Bad’.

The individual teasers for the music video for ‘Good Boy, Gone Bad’ depict a boy who is hurt and darkened after the first breakup in a short and impactful way.

With a strong and addictive melody in the background, they turn to the front and radiate a dark aura by staring at the front with intense eyes that contain the emotions of a hurt boy.

Following Soobin and Yeonjun on the 6th, TXT finished the release of the individual teaser for the music video for Beomgyu, Taehyun, and Hueningkai’s version of ‘Good Boy Gone Bad’ on the 7th.