An unexpected friendship between Lee Jung-jae and BTS V 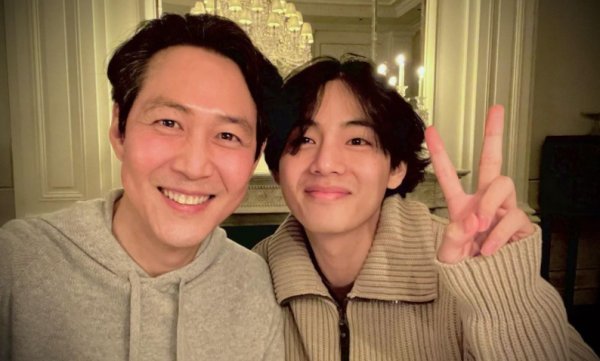 On the 27th, Lee Jung-jae posted a picture on his Instagram without any message. It was a picture he took with BTS V.

Jung-jae Lee, who is gaining global popularity with Netflix’s ‘Squid Game’, finished filming ‘Hunt’, which he directed and starred in at the same time in the middle of last month. Jung Woo-sung, the best friend, also appeared in the work, raising expectations.

BTS V has been officially on a long vacation since the beginning of this month. After the vacation, BTS plans to release a new album and start preparing for the concert. In March 2022, they will meet their fans through an offline concert in Seoul.