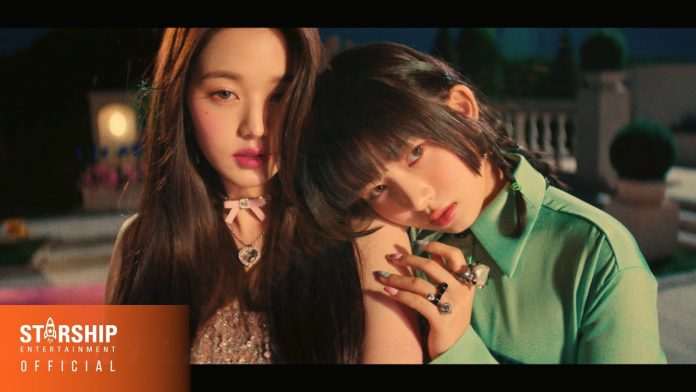 IVE (Gaeul, Yujin, Rei, Wonyoung, Liz, Leeseo) released a promotional video for their second single ‘Love Dive’ through the official social media channel on the afternoon of the 21st.

The members, divided into six Cupids, confidently answered various questions such as ‘Six of Us’, ‘Just Random’, and ‘Ready To Dive?’, and proudly boasted the independent charm of IVE without filtration, announcing the beginning of a new concept.

IVE’s new single ‘LOVE DIVE’ is an album with a confident and unstoppable charm that encourages you to jump in whenever you have the courage to love.

IVE is in the midst of preparing to shine on stage like a runway with more upgraded visuals and performances.

IVE, who debuted in December 2021 with the goal of becoming the ‘Best Eleven in the music industry’, showed the global influence of a trending rookie through the first single ‘Eleven’.

IVE’s second single ‘LOVE DIVE’, which will continue to run again, will be released through various online music sites at 6 pm on the 5th of April.