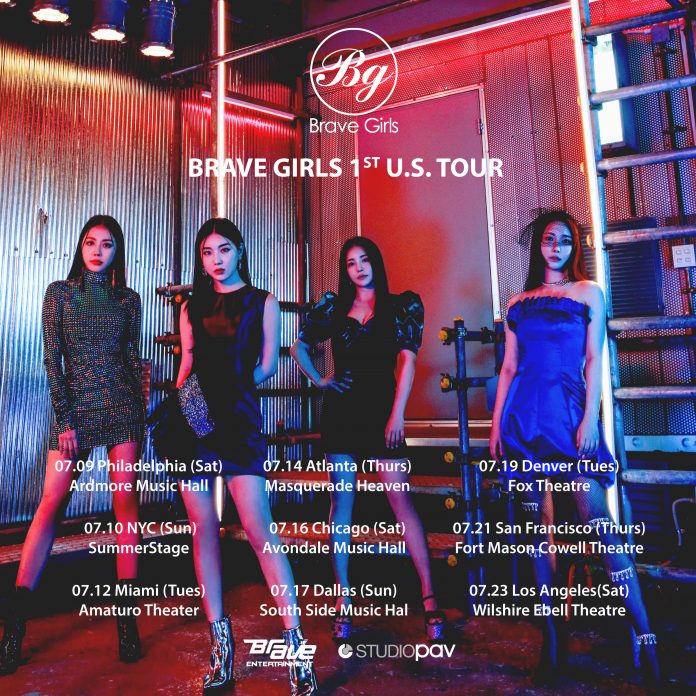 On the 12th, Brave Entertainment, the agency, announced that the Brave Girls held a ‘Brave Girls 1st U.S. TOUR’s first performance was successfully completed, and on the 10th, the next day, at the ‘KOREA GAYOJE’ held at the Summer Stage in New York, Brave Girls showed a special stage and received a warm welcome from local K-pop fans.

The first solo U.S. tour ‘Brave Girls 1st U.S. TOUR’ includes the representative songs ‘Rollin’, ‘We Ride’, and ‘Chi Mat Ba Ram’, as well as songs from previous albums that you have never seen before.

After successfully completing their first US tour in Philadelphia and the Korea Music Festival, Brave Girls, who started their US tour in earnest, will continue their performances in Miami, Atlanta, Chicago, Dallas, Denver, San Francisco, and LA.