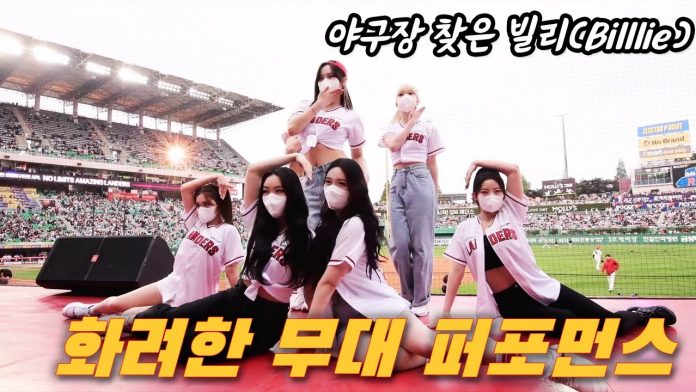 Billlie members, who cheered vigorously at the seats in the skybox, went up to the cheering podium for cleaning time after episode 5 and presented a splendid stage. Billlie performed a powerful stage with the title song ‘GingaMingaYo’, the 2nd mini album released earlier this year.

Billlie, who stayed in the stadium until the end of the game, performed another splendid stage in front of the baseball fans even after the game was over.

Billlie members, who have been together from the start of the game with the first pitch and first hit, did not leave the baseball field until the end of the game, cheering and showing their sincerity in baseball.