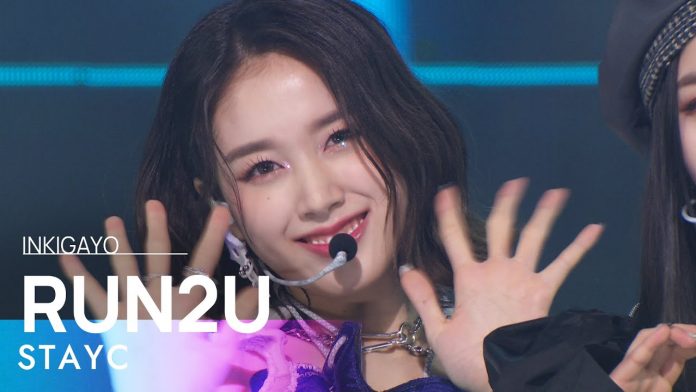 STAYC appeared on SBS ‘Inkigayo’ broadcast on the 20th and performed the title song ‘RUN2U’ of the 2nd mini album ‘YOUNG-LUV.COM’.

STAYC released ‘YOUNG-LUV.COM’ on the 21st of last month and has been proving its steady upward trend.

The title song ‘RUN2U’ was listed on the ‘Top 100 Popular Songs in Korea’ chart announced by YouTube Music right after its release for two weeks in a row, and the music video received a hot response, such as exceeding 36 million YouTube views.

After achieving a career high and completing ‘RUN2U’ activities, STAYC is continuing its upward trend by listing in the ‘2022 Most Influential Female Idol (Rising Star)’ category in the ‘2022 Brand Customer Loyalty Awards’.