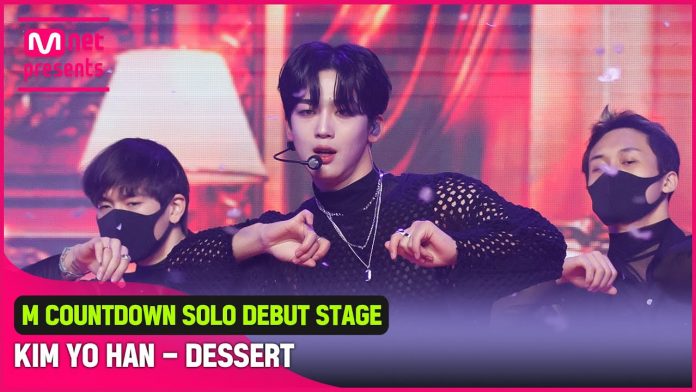 WEi Yo Han Kim appeared on Mnet’s ‘M Countdown’ broadcast on the afternoon of the 13th (KST) and unveiled the stage for the title song ‘DESSERT’ of the solo mini album ‘Illusion’ for the first time on a music show.

Kim Yo Han showed chic charisma and dreamlike charm. As if tasting a sweet dessert, the point choreography using delicate fingertips and a soft yet sophisticated performance showed sophisticated charm.

Kim Yo Han’s solo mini-album ‘Illusion’ is an album that depicts the fantasy everyone dreams of with Kim Yo-han’s chic charisma and dreamlike style, as it means fantasy and hallucination.

Yo Han Kim, who first unveiled the stage of ‘DESSERT’ on a music show through ‘M Countdown’, continues to communicate with fans through various music shows and contents.

January 14, 2022
Share
Facebook
Twitter
Pinterest
WhatsApp
LINE
Previous article“I’m not afraid anymore” Changmin Max, strong will that shakes off the temptation of the ‘Devil’
Next articleKepler wins 2 trophies on music shows in 12 days of debut