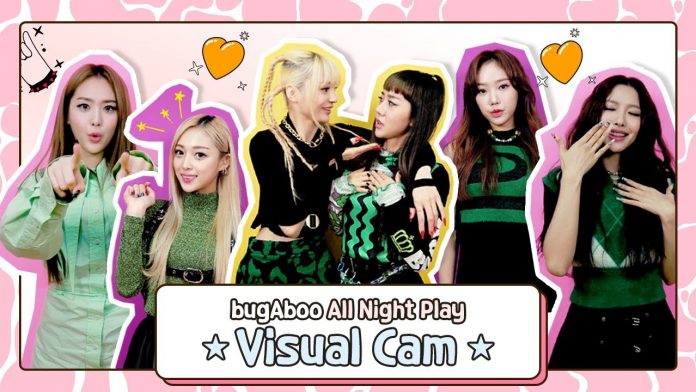 bugAboo (Eunchae, Yoona, Rainie, Cyan, Choyeon, Zin) released a visual cam for the song ‘All Night Play’ from their debut album ‘bugAboo’ through the official YouTube channel at 10 pm on the 10th.

The title song ‘bugAboo’ of bugAboo’s debut album, which once again drew a lot of attention with the ‘All Night Play’ visual cam, surpassed 10 million views in just one week after the music video was released.

Meanwhile, bugAboo, which continues to communicate with the global fandom through various activities during inactivity, plans to meet the public with various contents in the future.