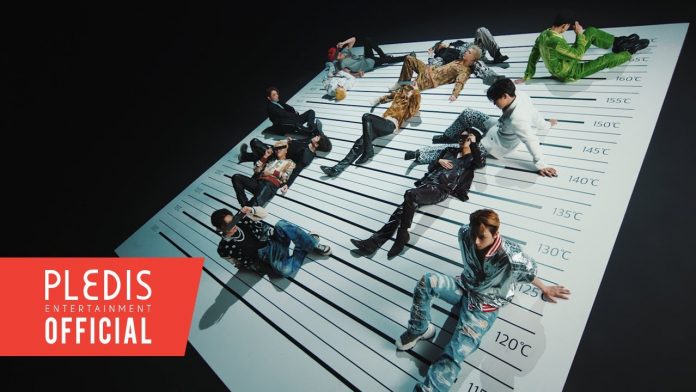 On the 25th, Seventeen posted the second teaser video for the music video for the title song ‘HOT’ of the 4th regular album ‘Face the Sun’, which will be released on the 27th at 1 PM on the YouTube channel.

‘Face the Sun’, filled with group songs, is an album that honestly depicts Seventeen’s ambition to become the only and most influential ‘Sun’ in the world.

The title song ‘HOT’ is a song that combines the hip-hop genre with the western guitar sound. It shows SEVENTEEN’s unique heavy and passionate identity, and at the same time reveals a strong will to eventually become ‘The Sun’.

‘Face the Sun’, which contains the steps of SEVENTEEN who made a courageous choice by themselves in the face of their inner fear, surpassed 2 million domestic and foreign pre-orders.

Seventeen will hold a global press conference at 11 a.m. on the day of the album release and hold a comeback show for their 4th regular album ‘Face the Sun’ at 7 p.m. on the next day, the 28th.